Fancy sweetening up your day? Come play Popping Candy now for a chance to win some sweet money treats! 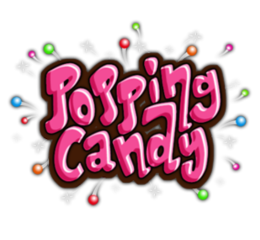 These are the Game Procedures (the PROCEDURES) for Popping Candy (the GAME). When You play the Game, these Procedures, the Rules for Interactive Instant Win Games or Slots ("the Rules") and the Terms and Conditions apply. All of these documents can be found on the Islands Lotto website.

There is a 1 in 1.48 overall chance of winning a Prize on each Play of the Game. The expected prize payout percentage for this game is 73.78%.

This Game is a game of chance. The outcome of a Play in the Game is predetermined by Islands Lotto at the point of purchase. You are not required to exercise any skill or judgement to win a Prize.

How to play and win

Each Play has its own Play Number - this can be found on the game outcome screen when the game has been finished and in the MY GAMES section of Your account.

At the start of a Play, You're presented with a Game Play Window displaying two boxes labelled GAME 1 and GAME 2 (the GAMES). These Games can be played in any order.

If after a period of time You've not clicked any of the motifs in Games 1 or 2 the Gameplay boxes will animate to indicate that You must click one of these to start or continue a Play.

When You've completed both Games a message will appear at the top of the Game Play Window indicating the amount the You have won, if any. The word FINISH will appear underneath the message. You must click FINISH to complete the Game.